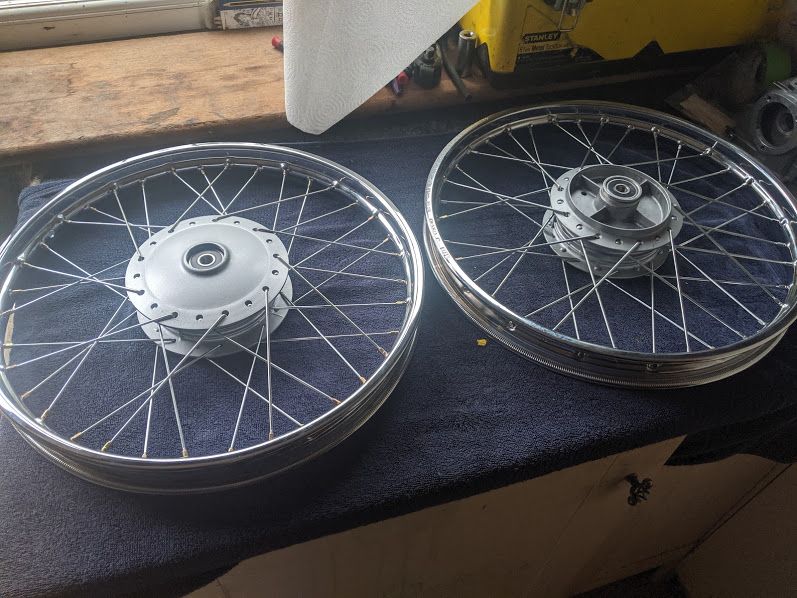 Lacing is just one the wheel building black arts and this is my layman’s summary of what I found out from reading and having a go at doing it.   Needless to say, wheel building is an entire trade in its own right, so what I say below should be taken with a pinch of salt!

Step 1 is measuring the offset on your rims.  The rims on the Honda c90s do not sit exactly on the centre of the hubs but are offset to one side. In the world of wheel building this is apparently known as “dishing”.  Everyone seems to agree that you should try and build your wheels with the same offset as the originals, but I’m not sure what would happen if you don’t.

Measure the offset by putting a straight edge agains the flat face of the hubs and measuring the distance to the rim, if you want to get a fair measurement it is sensible to measure at several points and take an average.

You can then cut off the spokes.  Although I had no intention of reusing them, as an experiment I tried to unscrew some of the old ones: about 1 in 10 would come out, the rest were rusted solid.

The offsets I measured were 12 mm for the rear and 9mm for the front.  I have seen another account from someone who took much more care measuring than I did and his measurements were 12mm and 7mm respectively, although this was done on a more modern c90.

Unfortunately I did not do such a through job of measuring mine and have now cut all the spokes, so we will never know whether this difference is because Honda changed the front wheel geometries over the years or just because of my incompetent use of a ruler 🙂

Lacing is not difficult and is just a matter of following the instructions. This is a good explainer video:

Despite the clear explanation above I still managed to do it wrong first time on both wheels. To be honest, I am not entirely sure where I went awry, but I suspect that I simply picked the wrong hole to start the 2nd row of inside spokes (the holes on either side of the rim are staggered, one of the holes is nearly aligned with the one above it – that’s the one you want). The chap in the video does actually explain all this (see 4 min 15) , but I seem to have missed it (both times!):

If you start off wrong and keep going you will eventually find that the remaining spokes can’t reach the rim. With hindsight the signals are there long before that point: as soon as you find yourself having to tug at the spokes to get them to go in this is a sign that something has gone awry – they all fit without any pressure when you get it right).

At this stage you just need to loosely do up the nipples.   Here are the spokes laced onto my newly repainted hubs: 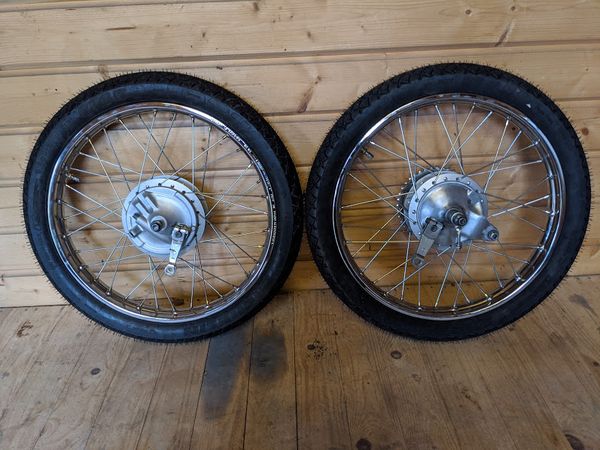 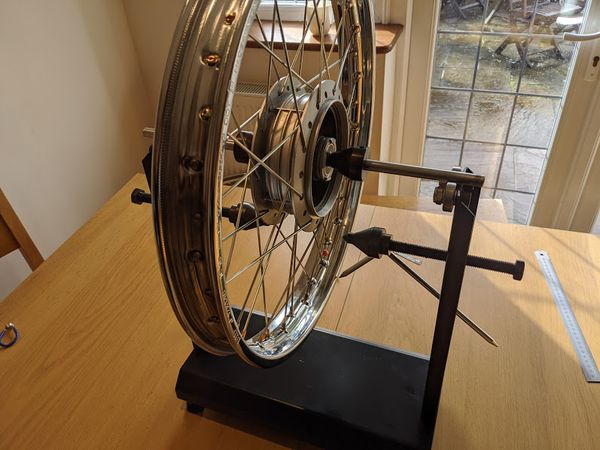 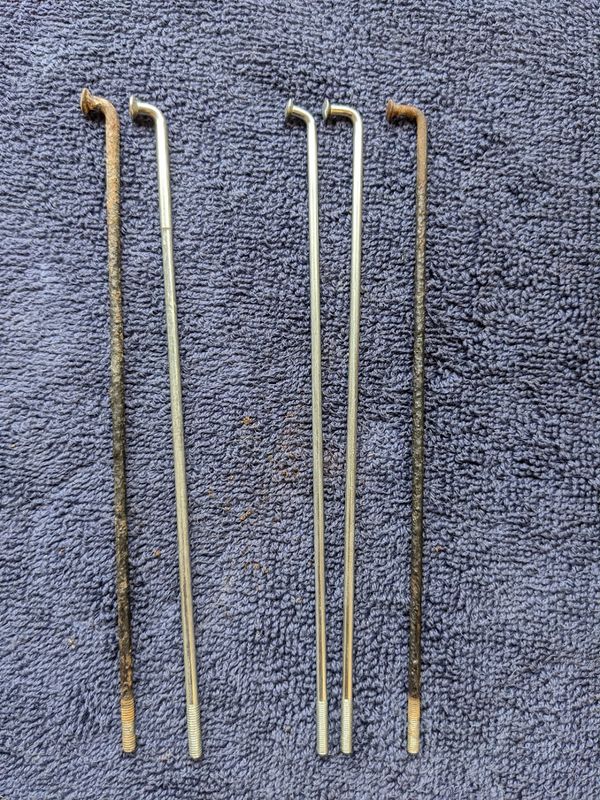 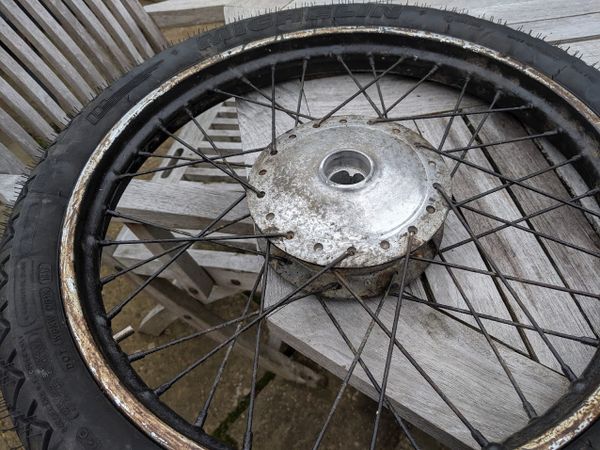