Here are the valve adjustment instructions taken from a CT90 workshop manual (the late 1970s CT90 and c90 z2 shared many engine components):

The idea is to set the gap so that the feeler gauge just slides between the tappet adjustment screw and the top of the valve stem.

The adjustment screw has a 3mm square head and you can get a specially designed tappet adjusting spanner, like the one in the illustration above, which makes it easier to keep the screw in the right location as you tighten the 9mm lock nut.

The old Kowa tool kits came with something similar:

Some people argue that this method for measuring the gap is not completely reliable because over time one or other of the top of the valve stem or the end of the adjustment screw tends to develop a concave depression resulting from the hammering it gets when the engine is running.

Because the feeler gauge does not conform to the little dent the the actual gap is bigger than the clearance measured and, although the difference this makes must be tiny, so is the gap you are trying to measure.

An alternative approach is to use the pitch of the thread on the adjuster screw as a vernier scale. This method is not advertised by Honda, but was described in old Triumph owners manuals like this one:

The thread pitch is the distance between the threads (measured along the length of the fastener) and the pitch of the Honda adjuster screw is 0.5mm: 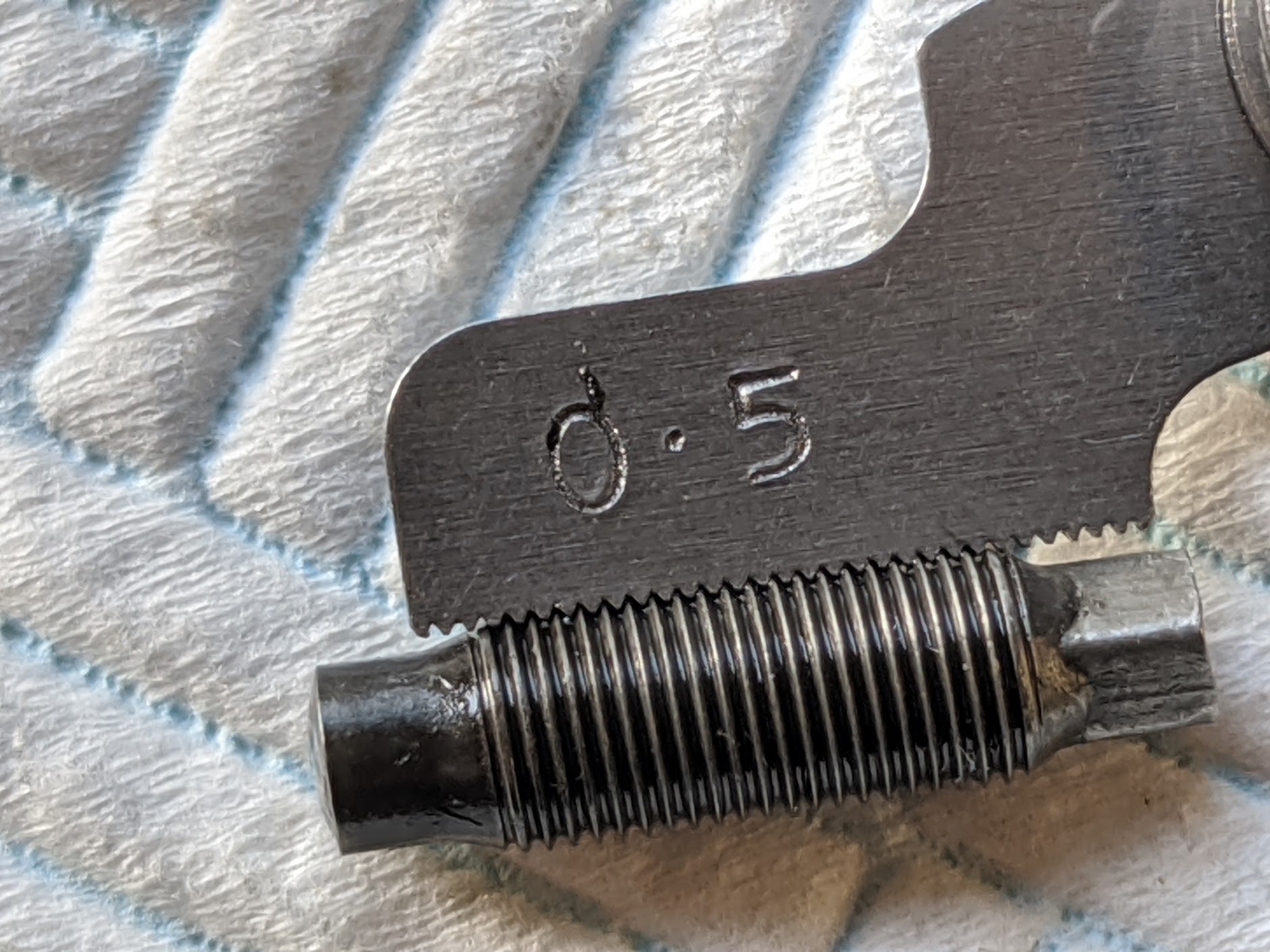 In other words one compete turn moves the screw 0.5 mm. Therefore if you tighten the adjuster screw until is lightly seated and then turn it out ⅛ of a turn the resulting gap will be 0.06mm. This is close to the expected 0.05mm setting and in the range allowed in the CT90 manual. Of course this method is only as reliable as your ability to correctly judge the degree the screw turns and will also be impacted by any lash in the screw threads, which is presumably why Triumph describe it as “approximate”.