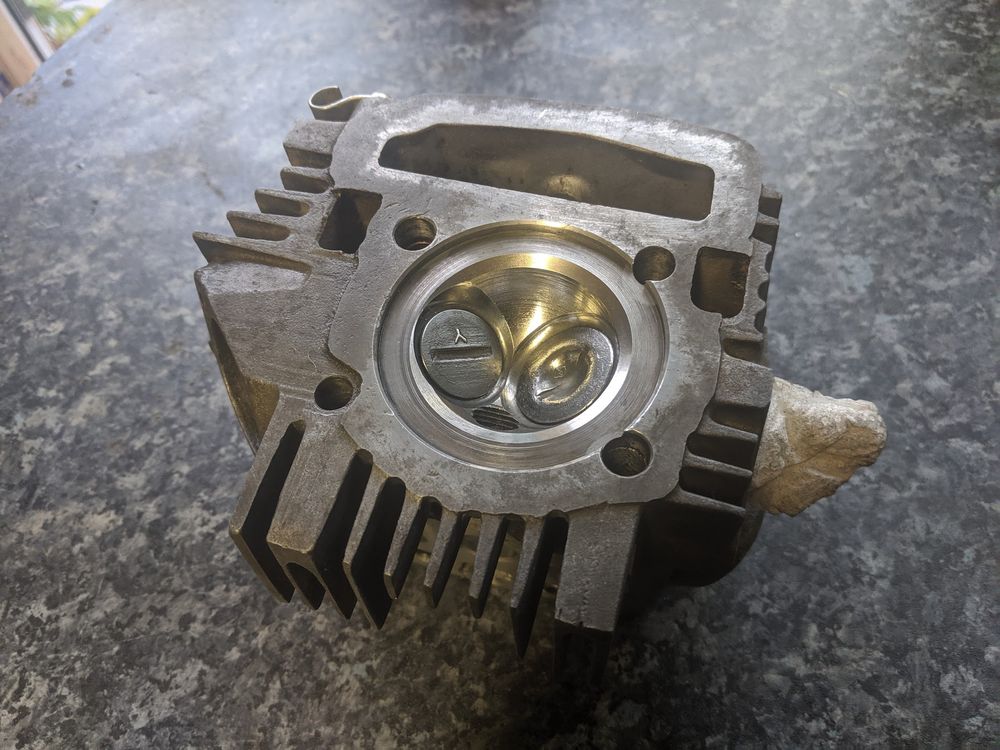 When doing a thorough overhaul of the engine you need to dismantle the cylinder head and inspect the valves.  They will need to be cleaned of any accumulated oil and carbon, but do they also need lapping?

The detailed steps to remove the cylinder head so that you can properly inspect the valves is described in the workshop manual here.

If the valves are worn or pitted due to wear or because they have been poorly adjusted in the past it may be possible to improve the seal by gently lapping the valves. This involves applying lapping compound (a fine abrasive) on the valve faces and then twisting them them back and forward until the valve and valve seat surfaces mate together exactly.

Honda do describe this procedure in their manuals, but it is only specified as the final stage in the process after the valve seats have been re-ground (a procedure that requires special equipment) and not as a maintenance activity.  Instead they say:

Burned, warped or worn valves which are unserviceable must be replaced.
Honda Common Service Manual

The explanation for this is that older valves were made from soft steel with a thin coating of stellite (a very hard alloy).  Since this layer was thin, while it might be safe to perform an initial lapping on brand new valves to ensure a perfect fit with the valve seats, subsequent attempts could rub through the hard layer altogether.   I think that at some point Honda switched to valves made of an alloy that could be surface hardened – and I suppose these valves might respond differently to lapping – however, based on manuals from the late 1970s at least, Honda’s advice did not change.

So if you valves need attention then you have a choice:  the ‘by the book’ advice from Honda is to purchase replacements but, if you are saving your pennies, you might want to lightly lap the valve and valve seat.

My first ham-fisted attempt at this involved attaching a bit of fuel hose to the end of the valves and using a drill to spin them back and forth as I had seen done on the internet.   I have subsequently found out that this is frowned upon by proper mechanics as it can cause far too much uncontrolled wear.  In my case, I could not get sufficient pressure between the valve and the seat without the valve starting to spin inside the rubber tube, so, luckily for me, no harm was done.  For my second attempt I used a 2 pence coin to work the valve back and forth.  There is a shallow indentation in the valve faces that appears to be for this purpose, presumably because the traditional approach of using a stick with a sucker on the end to grip the valve is difficult with such small valves:

To test the seal you can either pour some fuel into the upturned head and look for fuel seeping underneath or, if you have a compressor, you can blow air through the inlet and exhaust ports and look for air bubbles:

Alternatively, find somewhere dark and shine a torch from underneath through the inlet and exhaust ports – the light will leak through even the tiniest of gaps between the valve and the valve seat.

The valves will need replacing if the service limits are exceeded: 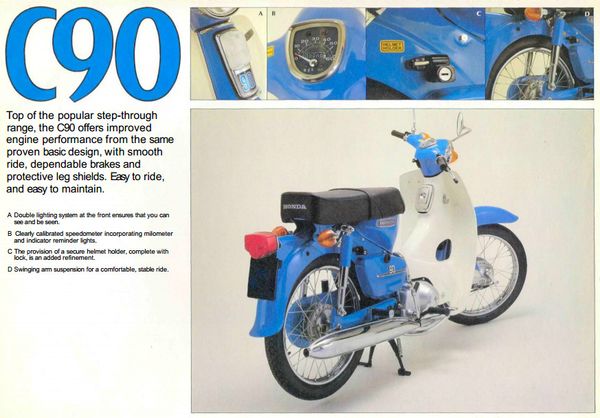 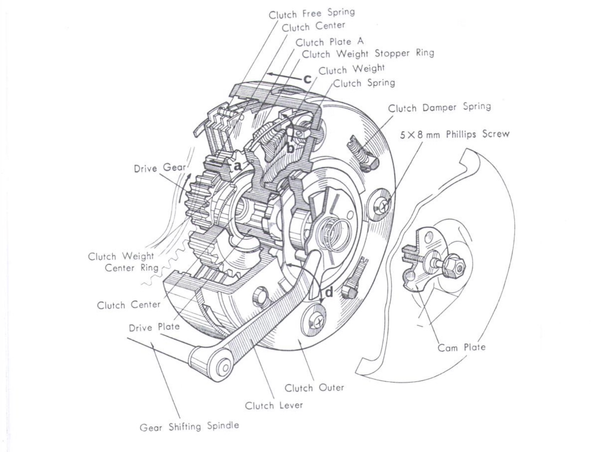 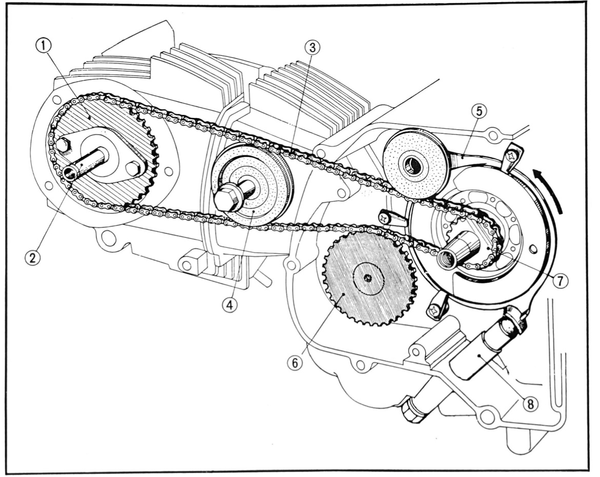 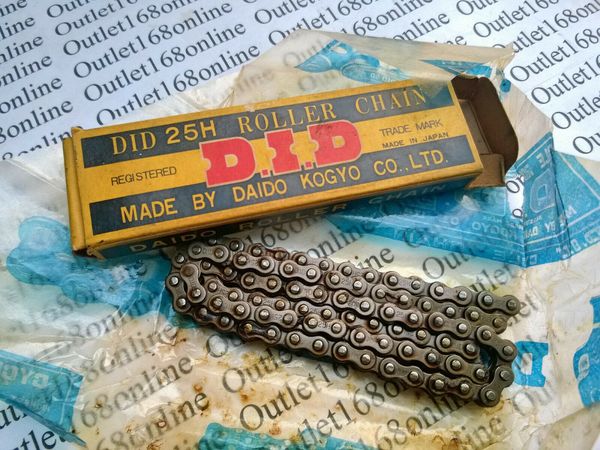 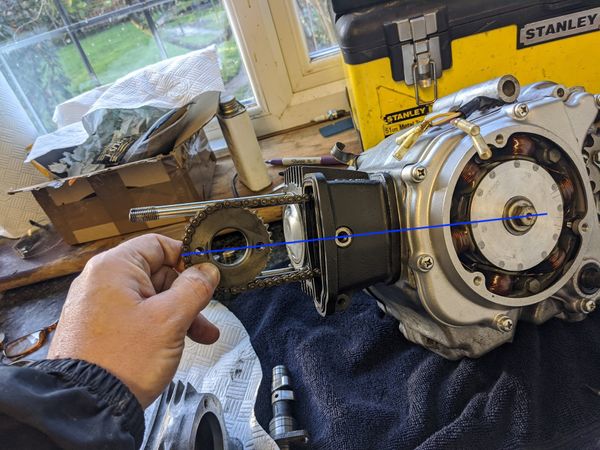 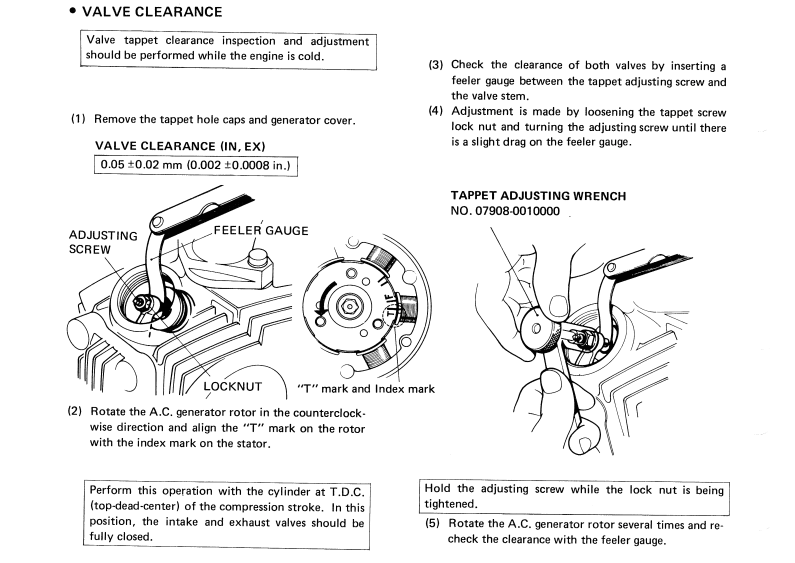 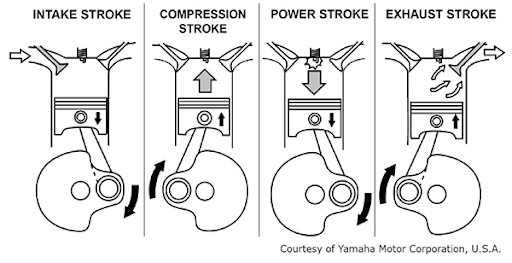 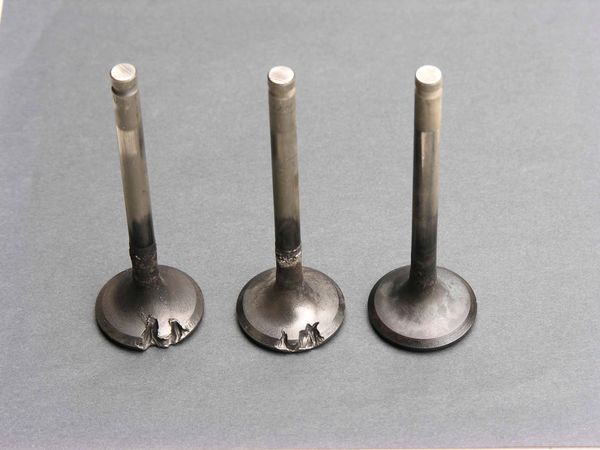 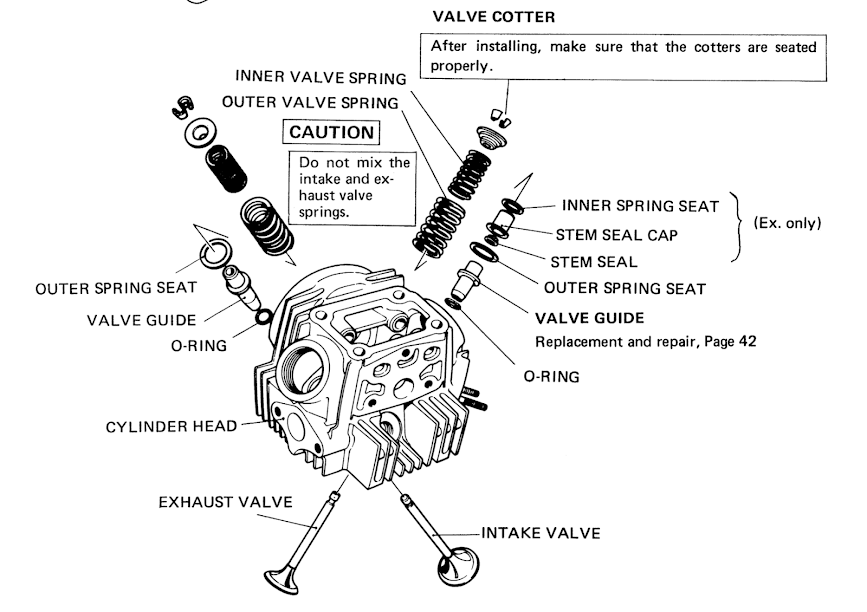