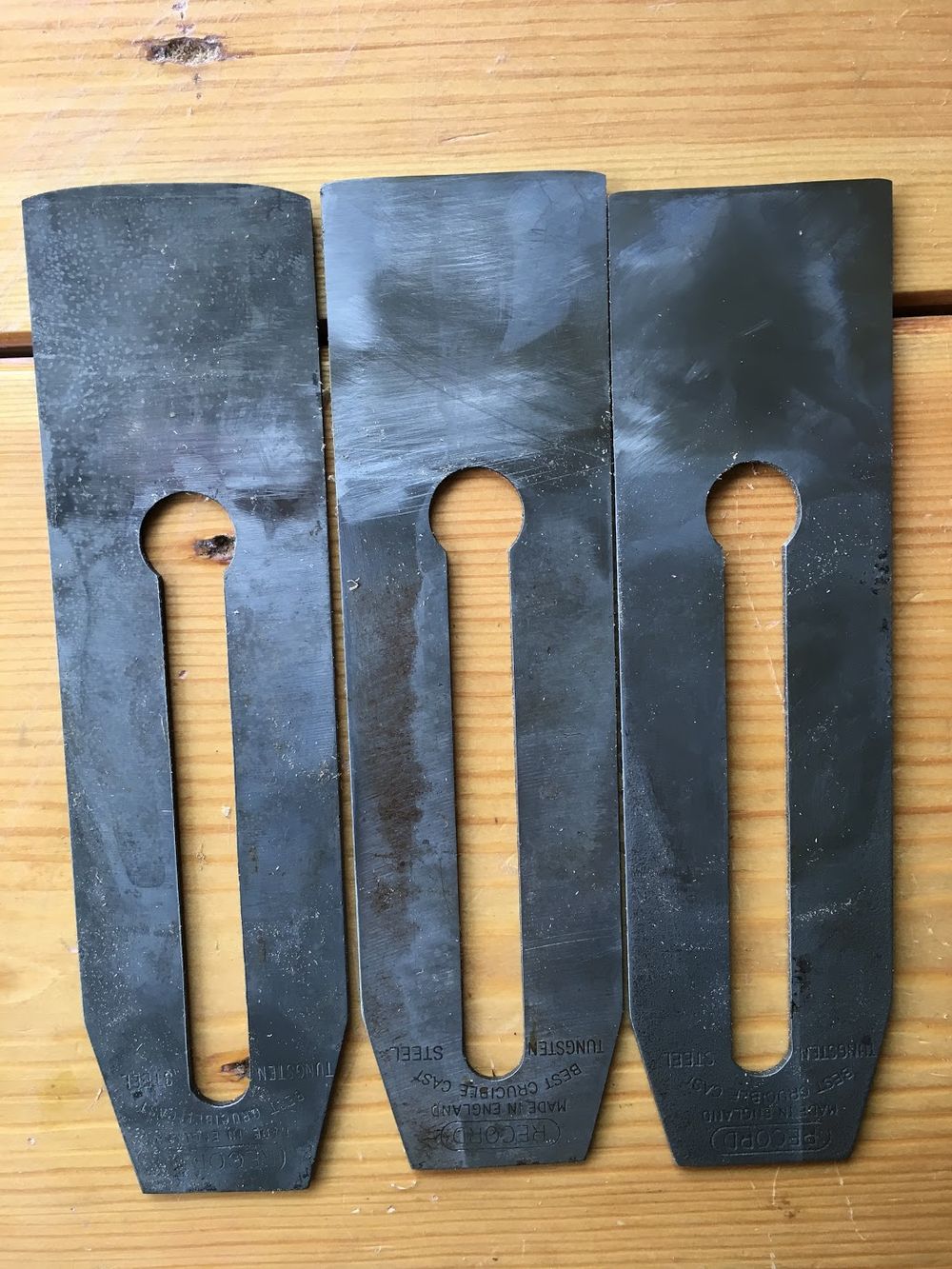 We already read about the importance of sharpening angles, camber is the other consideration when sharpening a plane cutter.

It is common to add a slight curve or “camber” when preparing a cutter to take off a lot of material – the curve means only a small section of the blade enters the wood initially and the cut progressively widens during the cut – this reduces the friction making it easier to take deeper, but narrower cuts.    As a general rule the bigger the camber the more material you remove.

Most hand tool woodworkers advocate using some degree of camber on all their cutters – a very slight camber on a smoothing plane iron allows the cut to feather out at the edges and  avoids tracks being left in the work.

A small camber on the edge of a jointer plane blade allows one to bring down the high side of an out-of-square edge without tilting the plane (instead the plane can be shifted toward the high side of the board’s edge to remove a slightly thicker shaving there).

For jack planes – which are used to rapidly remove a lot of material –  more camber allows thicker shavings.