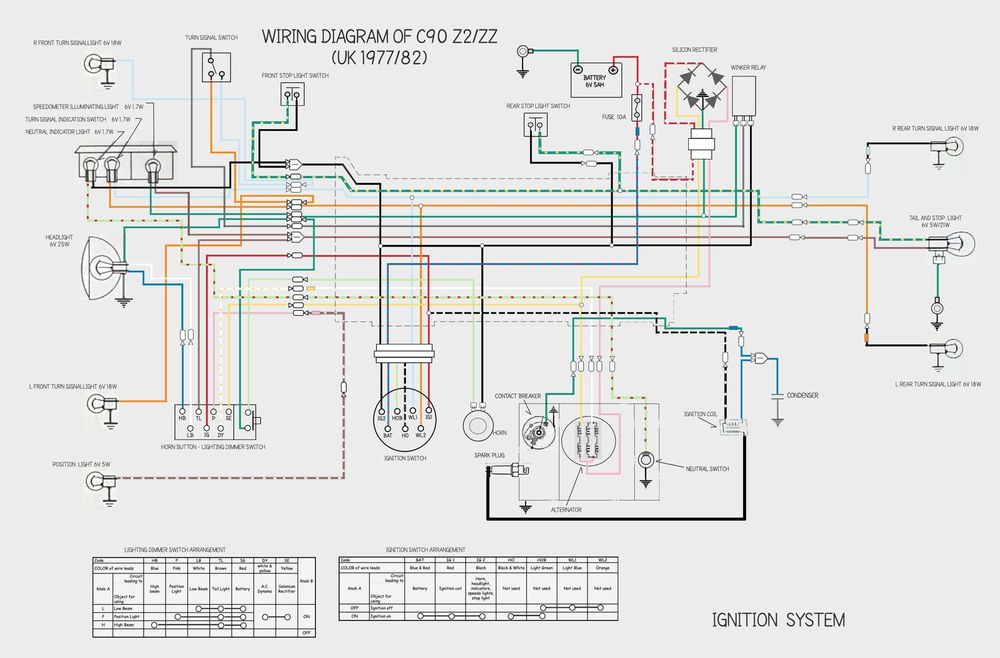 I'm sure I am not alone in finding electricity a bit mysterious. The prospect of having to learn the basics of automotive electrical systems, even the simple system used in the Honda super cub, was something I therefore approached with a fair bit of trepidation.

The first challenge was trying to understand what electricity is.  My schoolboy science education got me as far as grasping that the electrons in conductive materials like metal can “jump” between atoms, displacing others in the process and thereby causing a flow of electrons.  I got a rough idea about the laws of electricity via the oft-cited water analogy, where electricity is compared to water flowing through a pipe.   All a bit rudimentary, but hopefully enough to get going.

One of the better explanations I found is in Honda’s own guide to Motorcycle Electrical Systems.  Here are the key pages:

So far so good, but then you find out about magnetism and your mind is blown all over again.  To quote Honda:

Quite! Here is what else Honda have to say about it:

Now that we have a rough idea about the principles of electricity we can tackle the next bewildering topic: wiring diagrams.  As we shall see, these are not as confusing as they first appear. I’ve created a colourised version of the black and white wiring diagram contained in the C90-Z2 owners manual to make it a bit easier to follow:

The trick to reading these diagrams is to understand that they describe several separate subsystems. In the case of the C90z2 there are three:

This is is what the diagram looks like when you isolate the wires and components used in the ignition system:

A lot simpler!  The diagram shows several components (ignition switch, battery, ignition coil, condenser and spark plug) and how they connect into the wiring harness.

The components are connected to the harness using either plastic connector blocks, like the one on the ignition switch, or with bullet connectors.

The bullet connectors are shown with this symbol on the diagram:

Honda generally matches the colour of the wires in the harness to the corresponding wire on the component that it connects to. Where that is not possible they tend to place a small plastic tube on the end of one of the wires that shows the correct wire colour.  There is an example in the ignition system where the green wire from the contact breaker is connected to a blue wire on the condenser (you can see the blue collar at the end of the green wire in the diagram).

Electrical components generally need to be connected to a power source and to earth (the positive and negative terminals of the battery respectively) so that current will flow through them.   As was common practice at the time, rather than connect each electrical component to the negative battery terminal using a wire, Honda connected the negative terminal of the battery to the frame allowing them to use the frame and engine as a path to earth, thereby eliminating a lot of wiring. This symbol is used when the a component is earthed via the frame or engine:

Right that’s the basics out of the way.  Let’s try and figure out how the ignition system works…