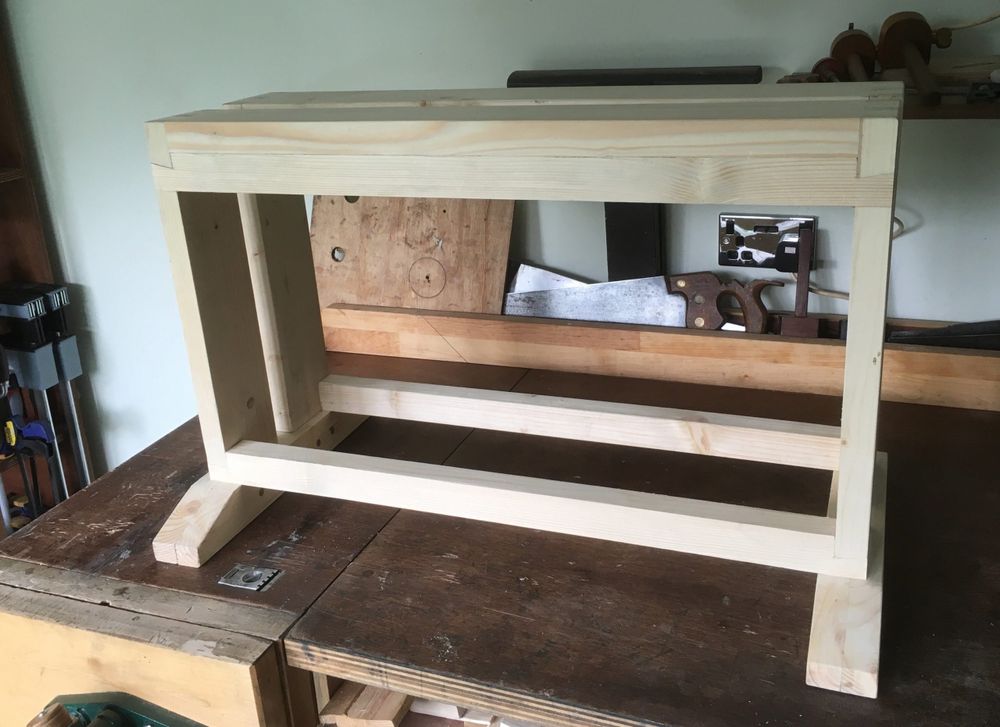 the saw bench is surprisingly sturdy, but you can add two aprons to further brace the bench – they are attached with half lap dovetail joints.

I used a saw to remove the waste from the top part of the lap joints – what I meant to try (but forgot) was to have a go at splitting the full width waste with a chisel to see how that technique compared. I did split out the waste from the lower part of the joint, and it is gratifying how quickly you can go and is good practice with the chisel.

As with the other joints, I had improved a bit by the time I did the final one, and I think a couple of them would probably count as passable (so long as you did not look too closely!). I only cocked up one where I sawed on the wrong side of the lines (again!) – this one was 3rd one I did in so this mistake is hard to justify…

My major blunder was to forget that the lower braces were about half an inch smaller in height than the top ones. Inevitably I picked up two different sized pieces to do the top braces – I only realized when the 3” clamp I had used for the left had side no longer fitted for the right hand size. Doh!

All finished – good fun and I learned a lot.

I particularly enjoyed using the various old tools I’ve collected and refurbished over the past 18 months, and seeing how they compare in different tasks – for instance I tried preparing a board with a no 4 plane alone, vs a wooden jack + no 7 and no 5 and a no 7 etc. Although I had experimented with all the tools as I fixed them up, it was far more instructive using them to perform a proper woodworking task.

I also had a couple of sharpening epiphanies – the first was thanks to Richard Maquire’s excellent video series on the subject (where amongst a huge amount of great info I learned about how much you can tell about sharpness from sound, both when sharpening and when using the tools).

The second involved comparing tools I had sharpened with new premium tools – I only have two posh/new tools, a Veritas block plane (which I purchased before discovering the joys of tool fiddling) and a recent buy which was a veritas dovetail saw. I bought the latter because I wanted a reference to compare my own haphazard saw sharpening to.  I sharpened my vintage dovetail saw to the same pitch and PPI as. the new saw and, after repeating the same cuts with the Veritas saw and my old one, it was obvious that I was a long way off from getting it properly sharp, but this was an incentive to try and improve my technique.  My subsequent sharpening efforts were much better as a result (although still not quite as good as Veritas!). 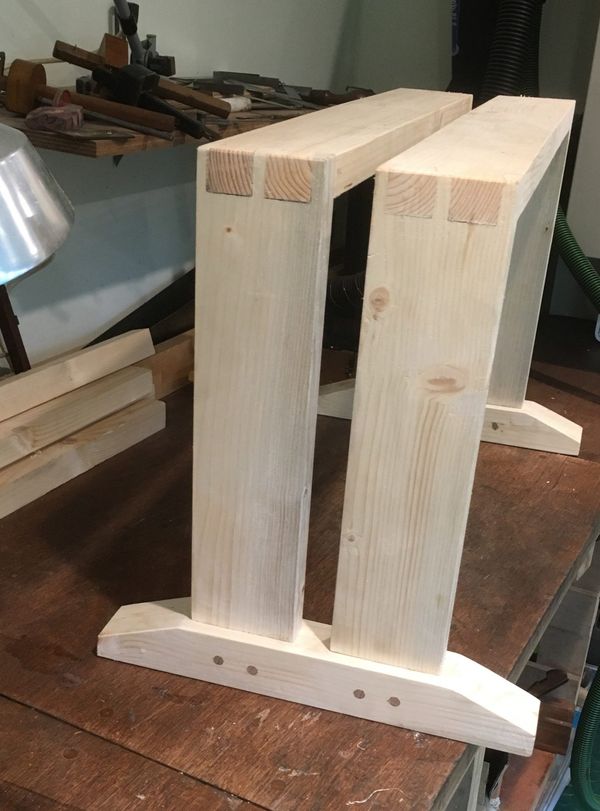 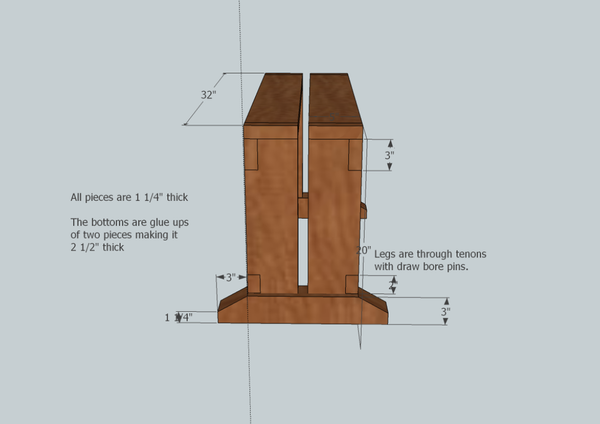 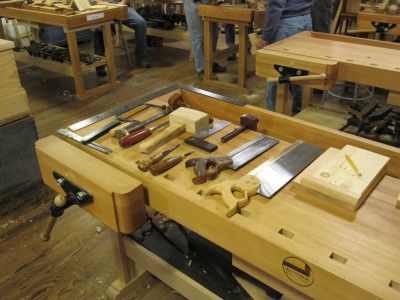