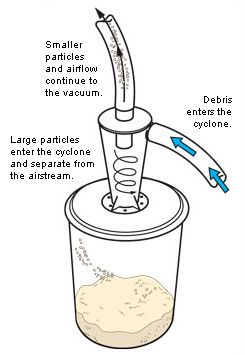 What does a dust cyclone do?
The cyclone attaches to your vacuum and separates a large proportion of the dust from the airstream , dropping it into a separate container.

As dust enters the cyclone, centrifugal force moves the heavy dust particles to the interior sidewall where airflow is slowed down by friction.  As the debris gets caught in the slower moving air it is pulled down by gravity to the container underneath.  The clean air reaches the bottom of the cylinder and spirals up through the centre where it exits into a hose attached to the inlet of the vac.    The manufacturers claim that over 99% of the dust in the air can be removed meaning that very little dust reaches the vacuum cleaner.

why bother?
Since very little dust reaches the vacuum, filters stay cleaner so suction remains unimpaired for longer and  they need replacing less often.    Similarly you will need far fewer vacuum bags – many people reporting they only need to change the bags in their vacs once a year.

In my case it also means I will have to move my vac very infrequently – a big plus since it is tucked away in a very awkward spot.

Danger!
The other school of thought about cyclones and dust extraction relates to health – there is  an increasing amount of evidence to suggest that inhaling fine dust particles is very bad for you.  Bill Pentz has campaigned for a long time to try and improve matters and appreas to have conducted a lot of  research into the science of dust separation.  A lengthy – and slightly alarming – account of this topic can be found here.

So far as I can tell the manufacturers of the type of vacuum-attached cyclones I’m interested in do not make any claims about the health benefits for their devices, and Mr Pentz argues convincingly that you actually need some serious kit to deal with the problem satisfactorily:

He does acknowledge that good design by electronic tool makers such as Festool – who are prioritising dust extraction in their designs-  means that their tools  do a good job of capturing fine dust at source and directing it to the vacuum before it can be blown around.    However, it seems clear that he still believes additional precautions are still needed, particularly since the effectiveness of the dust extraction varies according to the type and make of tool (and of course, working with hand tools generates dust anyway).

To make things worse, air born dust can explode when mixed with the right quantity of air.  Who knew woodworking could be so dangerous?

Talking of exploding particles, one theory about the Great Fire of London that started in Pudding Lane on September 2nd 1666 is that it was caused by the ignition of air-born flour dust in a bakery.

Despite the the fact that the Lord Mayor of the time, Thomas Bloodsworth, on being called to inspect the progress of  the fire said ‘A woman could piss it out!’ and went back to bed, the fire was a catastrophe.

Contemporary accounts had it that a very small number of people died in the fire  – the official figures only record 6 deaths – but it is likely, given the speed the fire took hold, that there were hundreds of others deaths that went unrecorded.

The destruction to buildings in the city was huge and included 13,000 houses, 87 churches, and the loss of the old St Paul’s cathedral.

To be fair to bakers the members of the Worshipful Company of Bakers did eventually apologise to the Lord Mayor of London about the whole thing.  However, they didn’t get round to it until 1986. Still, better late than never, I suppose! 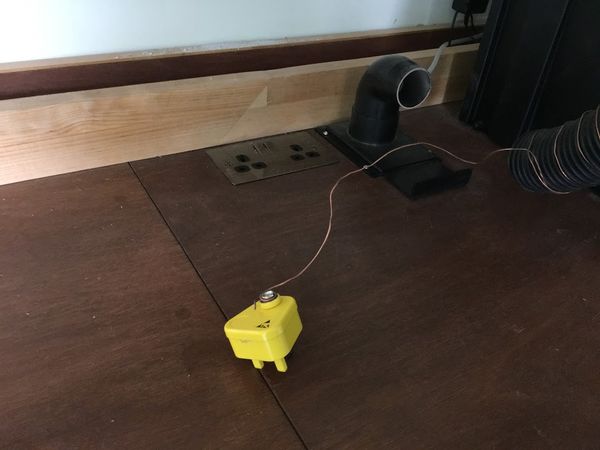 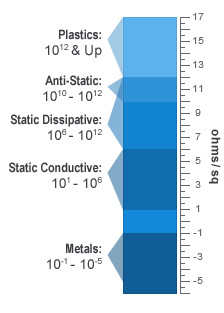 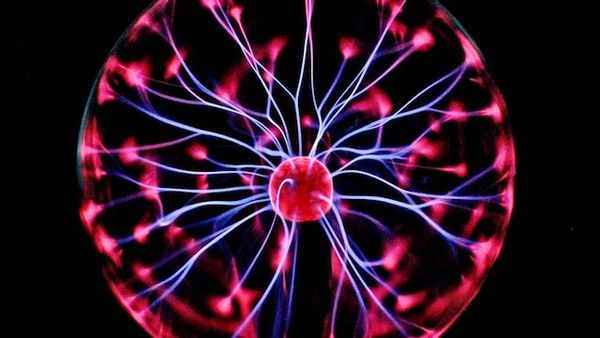 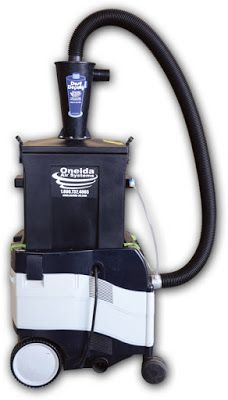 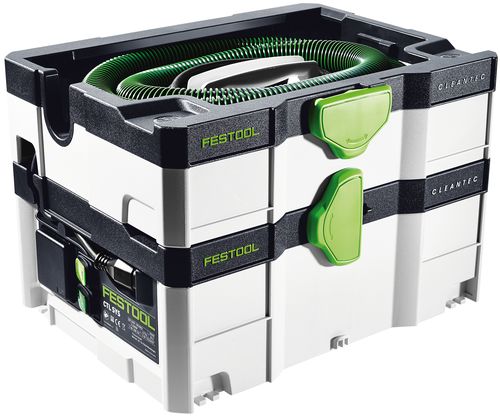 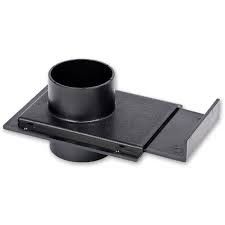 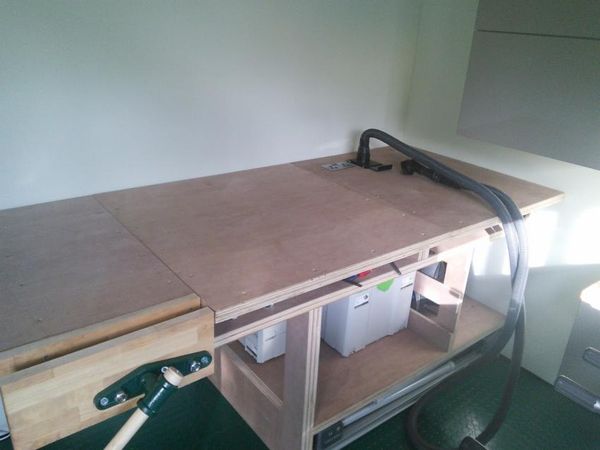