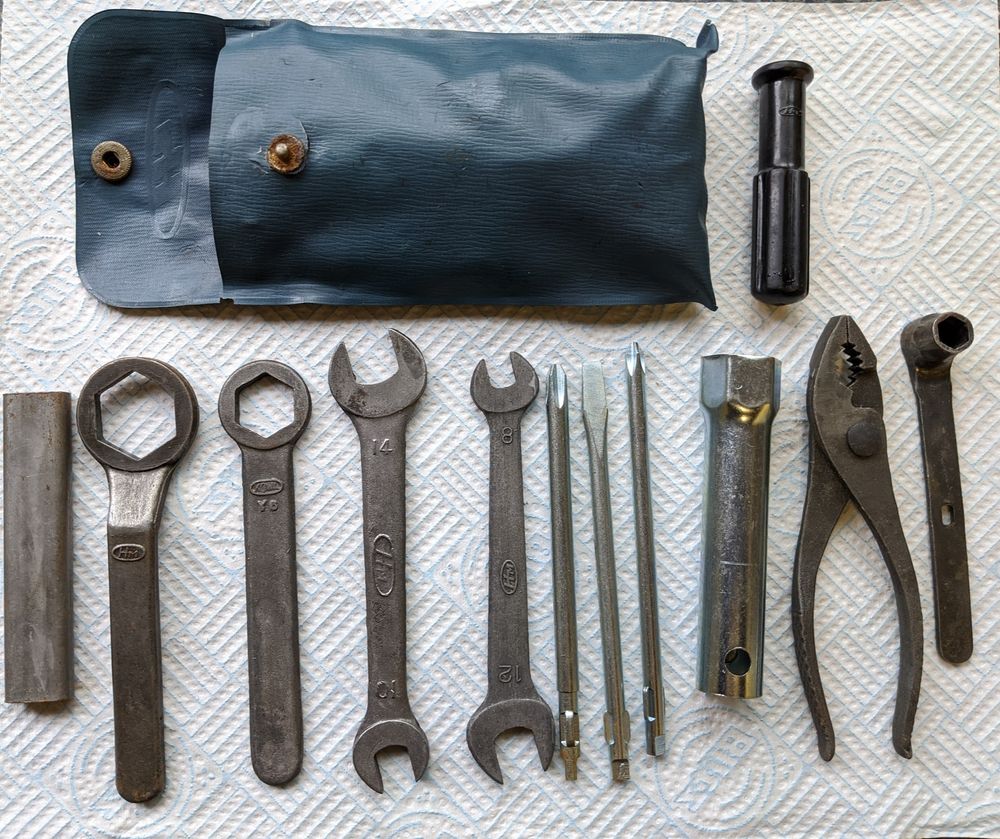 Looking at the CMSL microfiche parts diagrams, the older Kowa tool kits – for example the c100 from the 1960s – contained:

The kit also included tools to adjust the tappets (a 9mm box spanner, 3mm square drive and a feeler gauge). Here is an example of the older kit (note the 23mm ring spanner is not shown):

At some point in the late 70s it was decided that roadside tappet adjustments were no longer essential and the 9mm box spanner, tappet drive and feeler gauge were dropped, although a standard 9mm spanner was thrown in in case you were desperate.  A 12mm/8mm spanner was also added, presumably to work with new fasteners added to the later bikes.

My bike came with an incomplete toolkit and has been put together from bits and pieces from other bikes. I had to find replacement spark plug socket, screwdrivers and square tappet socket..

The tools look to be reasonably well made – they were cast by the look of it, and some of them seem to be nickel coated. The 27mm and 9mm spanners are better than the rest and their edges appear to have been ground.

The tools are either stamped “rt” or KOWA and also with HM (Honda Motor) I could not find out why some tools were stamped “rt” (a couple of web sites say it stands for “repair kit”, but I can’t find any evidence for that).

The flattened tube slips over the handle of the ring spanners to extend their length and provide some more leverage (the 23mm tappet covers can be particularly stubborn).

The slot in the 9mm spanner fits the top of the screw driver bits, making a useful t-handle. 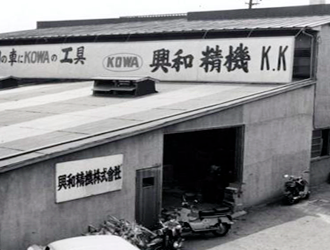