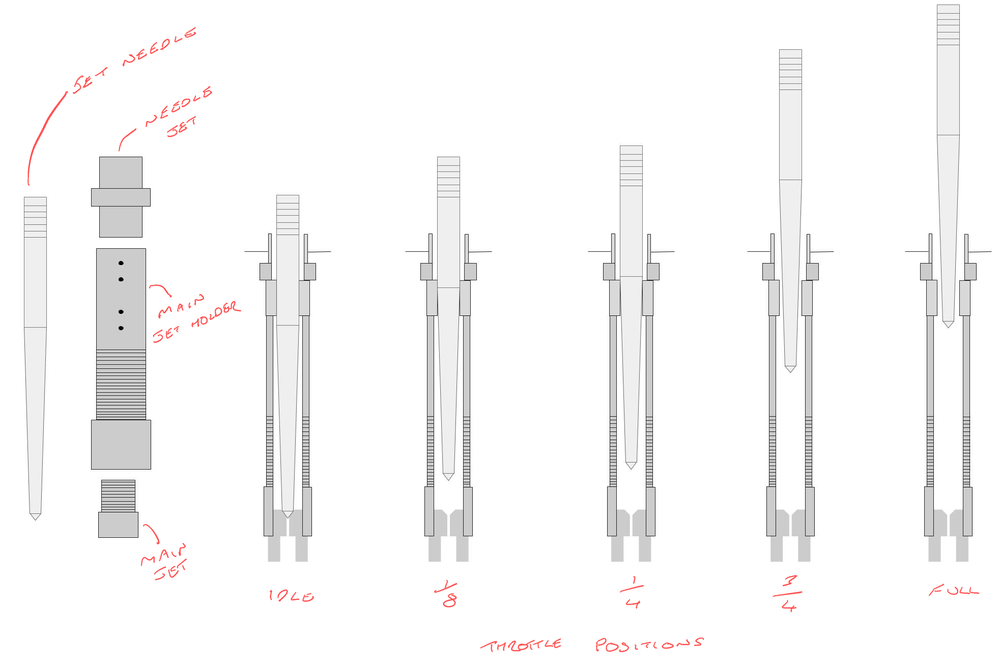 The diagram below is based on the Keihin PB25A carburettor that was used in the Honda C90 z2 and shows what is going on when you twist the throttle:

When the throttle is closed the jet needle blocks the needle jet and fuel is not able to pass.

As the throttle is turned between the ⅛ position to about ¼ turn, the straight part of the jet needle continues blocking the needle jet and prevents fuel being delivered via the main circuit. At this stage fuel delivery is controlled by the idle circuit.

Beyond ¾ throttle the gap around the jet needle is no longer the constraining factor and the maximum rate that fuel can be delivered is determined by the size of the main jet.

It is now easier to understand the effect of the position of the circlip on the needle jet has on carburetion:

For instance, raising the circlip to a higher position delays the point the tapered part of the jet needle leaves the needle jet and this reduces the supply of fuel without a corresponding reduction in air delivered through the venturi. The result is a leaner mixture in the mid-throttle range.  Lowering the circlip has the opposite effect and makes the mixture richer.

One other important detail: the fuel delivered by the main circuit is actually mixed with air before it is sucked into the venturi. The air gets in via an air passageway that connects to the tube in which the main jet holder is installed:

Each time the piston descends a vacuum is created in the cylinder and atmospheric pressure causes the air to rush into this passage at the same time as fuel is being drawn from the fuel chamber below. The air enters through the holes drilled in the main jet holder where it mixes with the fuel and creating an emulsion of the two.

The main jet holder is sometimes called an “emulsion tube” for this reason and the passage delivering the air is sometimes called an “air bleed” since its purpose is introducing, or “bleeding”, air into the fuel stream.   Aerating the fuel in this way helps to atomise the fuel to aid combustion and the frothy fuel maintains a more stable height in the jet which helps prevent the engine being starved of fuel as the contents of the carburettor bowl slosh around when the bike is moving.

Since the jet needle tends to rattle inside the needle jet when the engine is running these parts can wear over time.   When this happens more fuel is delivered in the mid throttle range. As explained above, it may be possible to compensate for this temporarily by moving the circlip on the jet needle to a lower position, but ultimately the fix is to replace the needle and jet.

Next up the idle circuit. 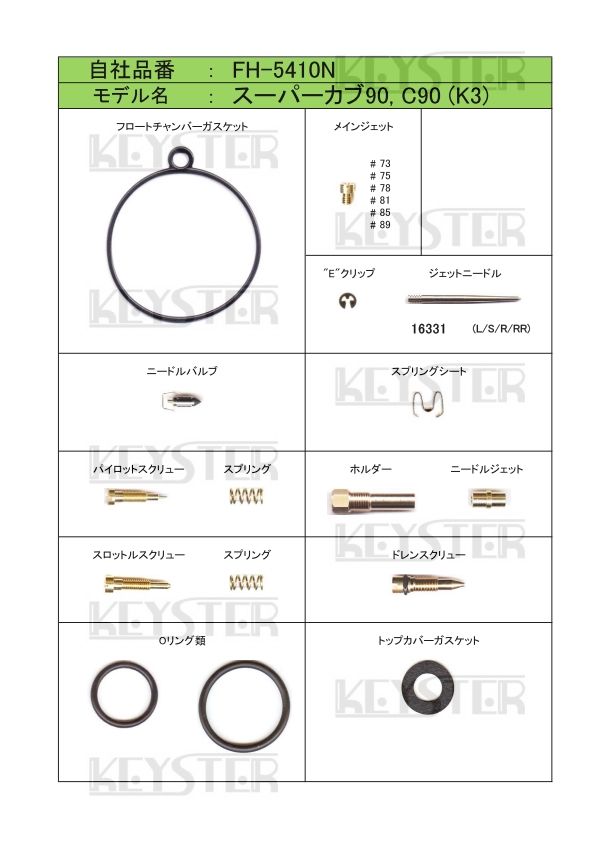 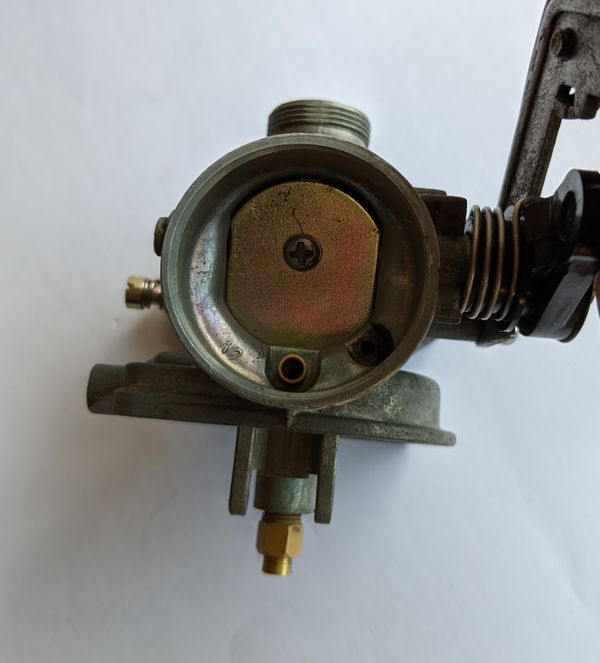 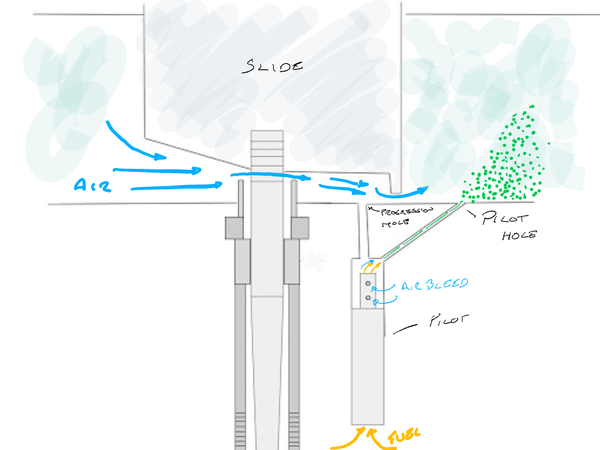 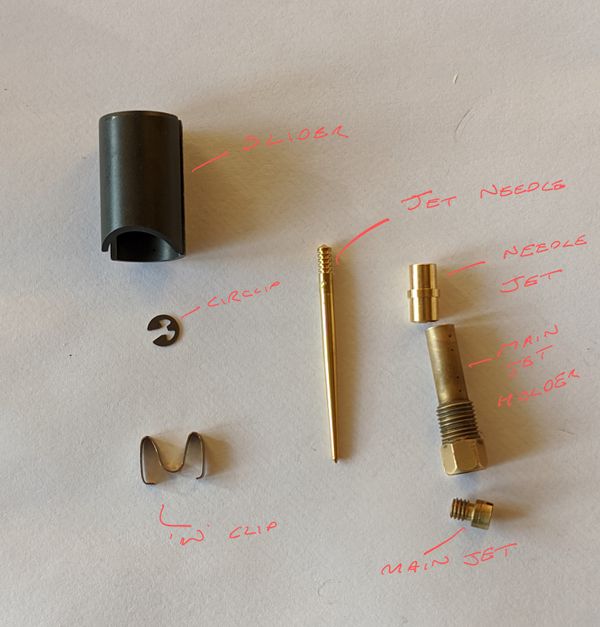 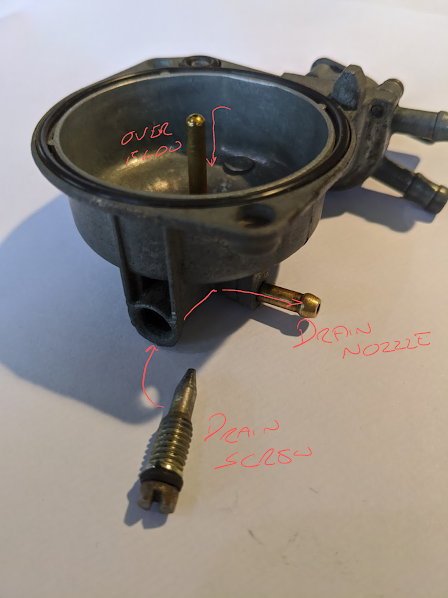 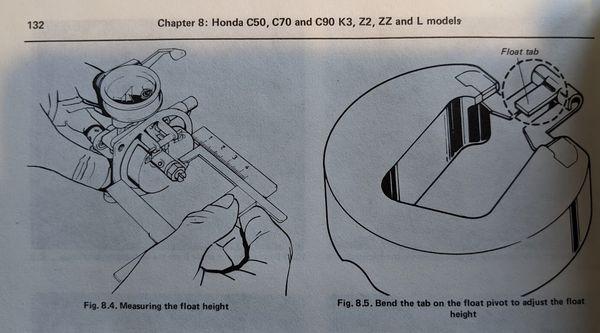 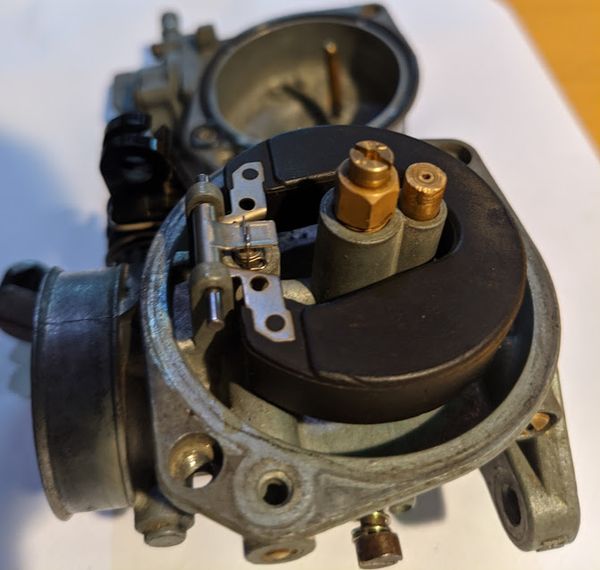 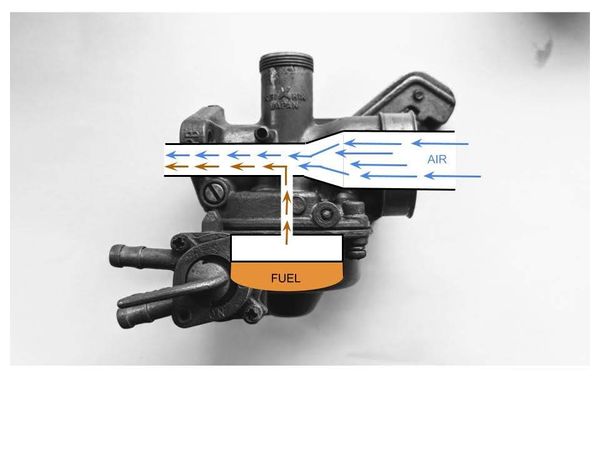