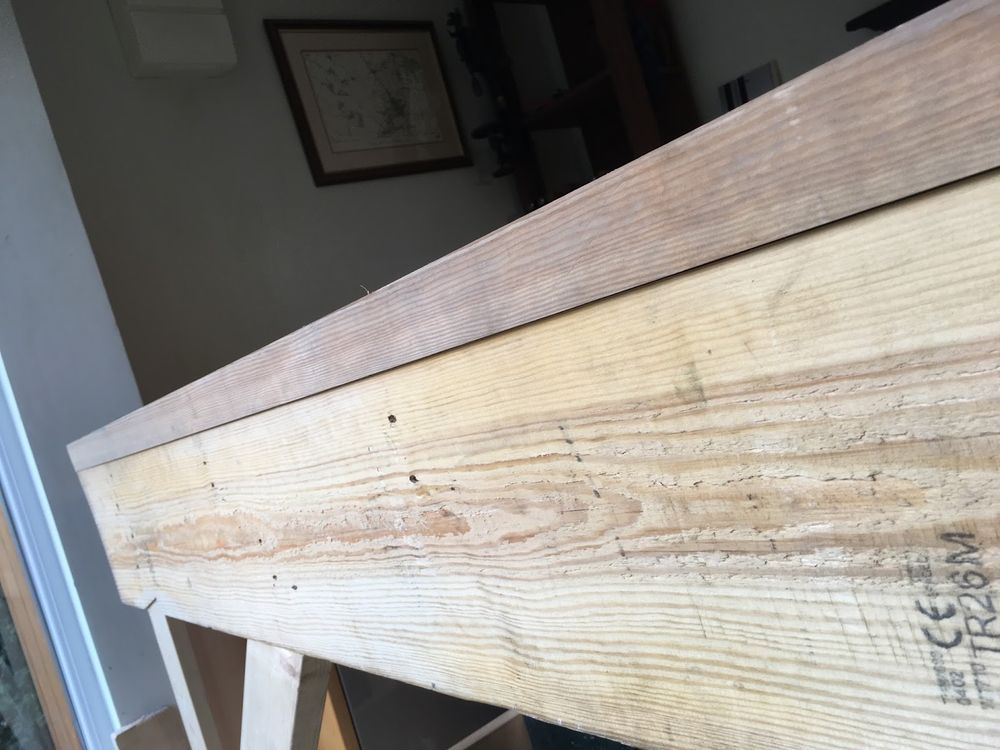 Earlier today I flattened the undersides of the 3 boards that will make up the top.  It did not take long – an advantage of the planked top design, since you only have to worry about getting the boards reasonably flat, the idea being that any twist or bowing/cupping along the length will be removed when you nail it down.

I did test this to be sure and the straightest board went down without gaps under its own weight, the worst one could still be pressed down with just hand pressure.

No doubt I will need a lot longer on the top surface!

It was a good opportunity to experiment too – I did the faces of two board with a wooden jack and one with a Record #5. I had cambererd the irons in both and this leaves a sort of rippled surface so I finished them with my #7 jointer. I preferred using the wooden jack, mainly because it is a lot lighter, but also because it has a wider iron and takes more off in one go (I may have overdone the cambers a bit, and the #5 takes quite narrow savings, albeit they can be very fat).

I spent another half an hour squaring and flattening the edges – I much preferred using a metal plane for this as I found the top heavy wooden jointer a bit unwieldy and harder to balance.

I did have a quick go with a #4 for flattening the face ala Paul Sellers, and my conclusion was that the £20 needed to get a wooden jack plane is money well spent for this type of job!

Richard Maquire’s bench build video series contains a short episode discussing bench height – his preference when doing a lot of timber preparation is to have a low bench as it means you can get your whole body into the work. As an experiment I planed the tops on my new frame which (without the top) this is 33” high vs my current bench which is 35” – I was surprised at the difference – particularly with the wooden plane which of course you hold higher than a metal plane due to its shape – it was noticeably less tiring on the lower bench.

the final job for today was to rip the middle board down by 1” so the three boards together fit my 24” wide frame – with hindsight it would have been far more sensible to just make the frame 25” and avoid this task, but for some reason I got it into my head that a 24” bench was what I needed. I was not really looking forward to this and it was sorely tempting to dig out my track saw, but I stuck to my goal to do everything with hand tools.

It took 13 minutes, which I suppose is not much longer than it would have taken me to set up the rail and saw, find the extention lead, do the cut, tidy up etc , however, the hand saw did involve having a near heart-attack which needs to be weighed in the balance. What I learned is that my saw, which – having nevre had a proper rip saw before – I thought had huge teeth (6 ppi) could really have done with far fewer (e.g 4 ppi or less?) to make the job go quicker.

I also ordered the coach screws for the vice, which I hope to fit next week. 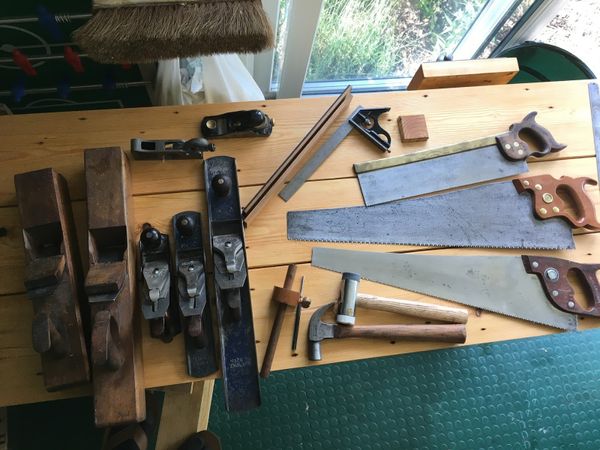 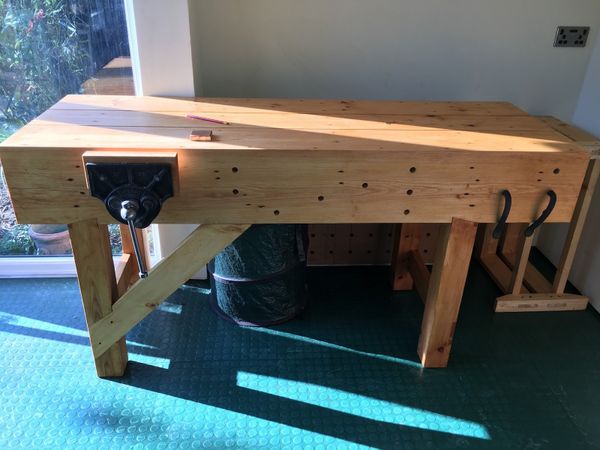 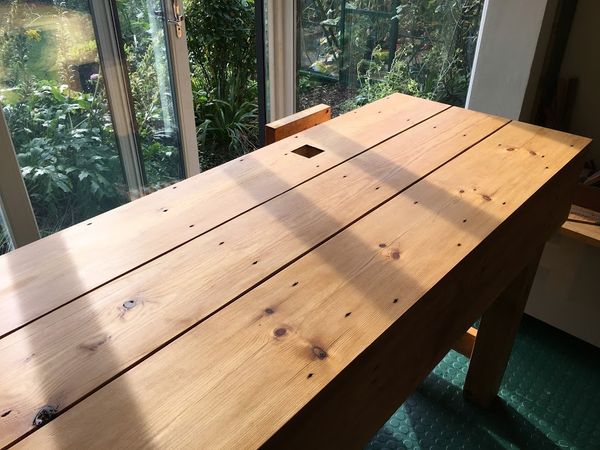 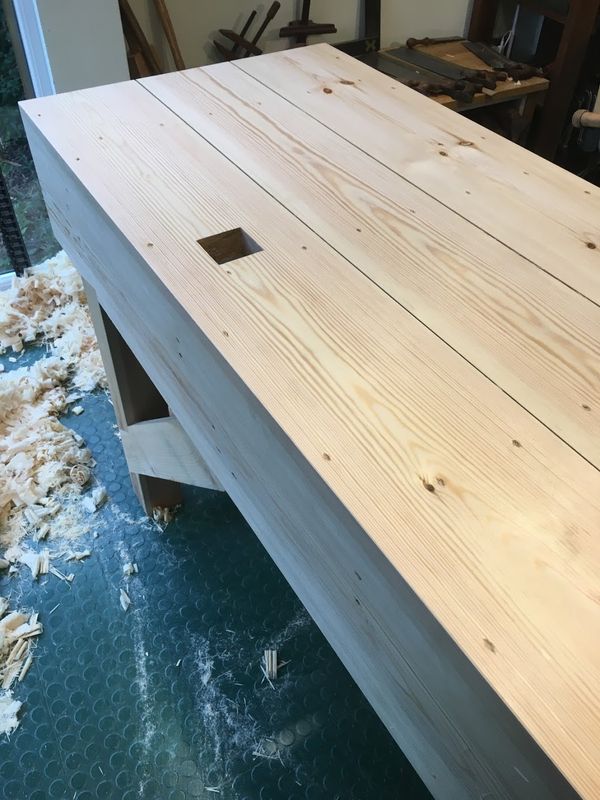 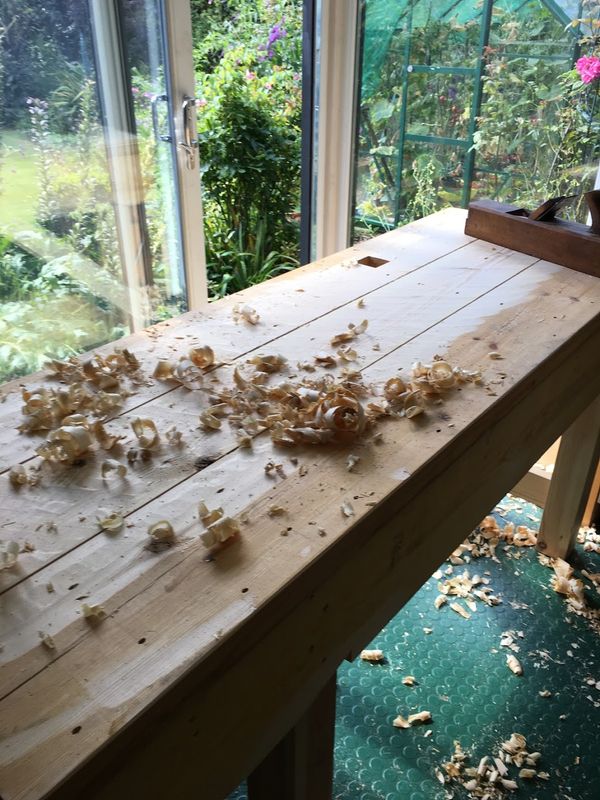 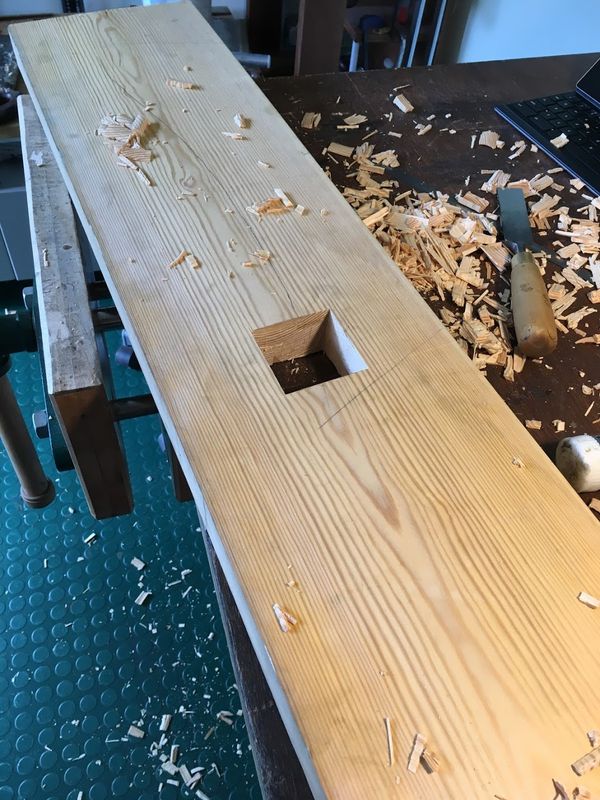 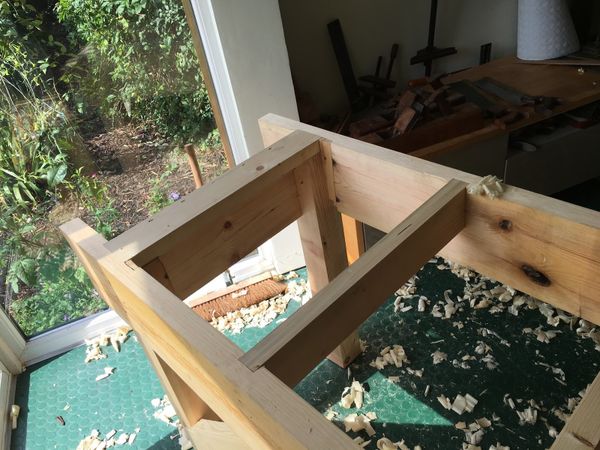 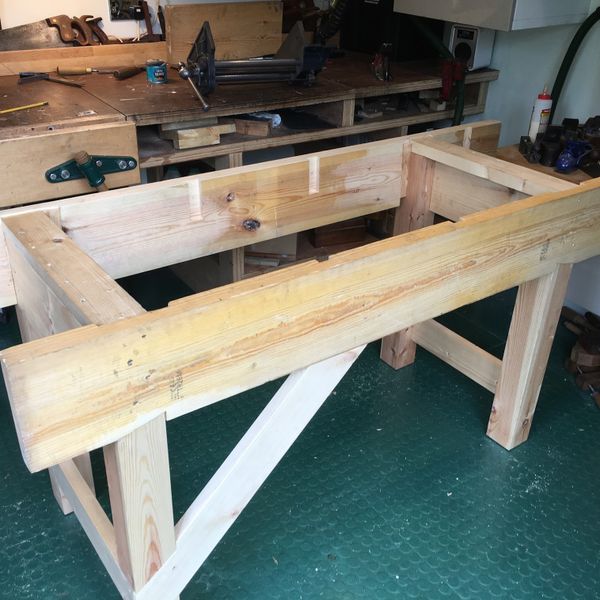 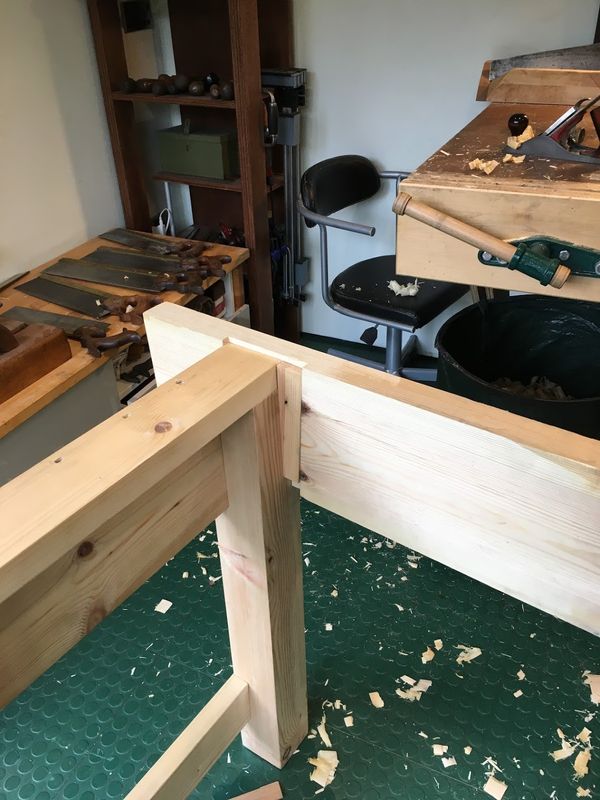